There have been a lot of rumors surrounding the possible cancellation of Deferred Action for Childhood Arrivals, known as “DACA”, since Donald Trump became President in January of this year. Today in a brief news conference, the Attorney General Jeff Sessions announced that DACA would indeed be cancelled. Because DACA has been cancelled, advance parole under the DACA program has also been affected. In a memorandum, Elaine Duke, the acting Secretary for the Department of Homeland Security, has outlined how the cancellation will be carried out by the Trump Administration.

First, how will the cancellation affect those who have approved DACA and those who have DACA applications pending? Below are listed categories of individuals and how DACA will be affected given their current DACA status: 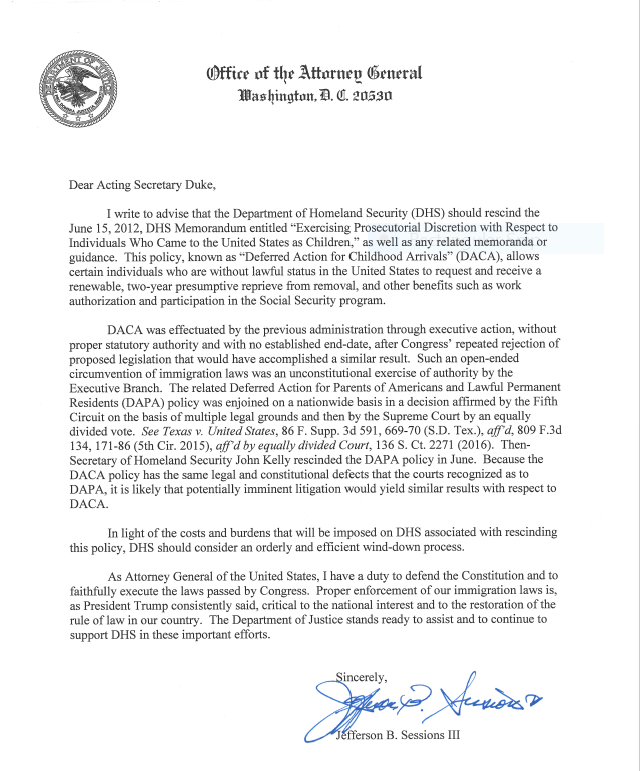 Individuals who Have DACA and Need to Renew:

Those individuals whose DACA will expire after March 5, 2018 are not able to renew and their work authorization will no longer be valid after the date of expiration.

What are your Options after DACA is Cancelled?

Many people are concerned as to what their immigration options are after DACA is cancelled, and whether or

not they will be targeted by ICE for deportation.

Individuals with DACA still may have some viable immigration options to remain in the United States. For example, having DACA halts any unlawful presence in the United States. That means that a variety of work and student visas may be available for certain individuals with DACA who obtained DACA before they turned 18. Additionally, many DACA recipients have married United States citizens or permanent residents and may have options to gain status through those marriages. These are just a few of the potential options for individuals with DACA. For further options or more details on these options you may contact our law office. 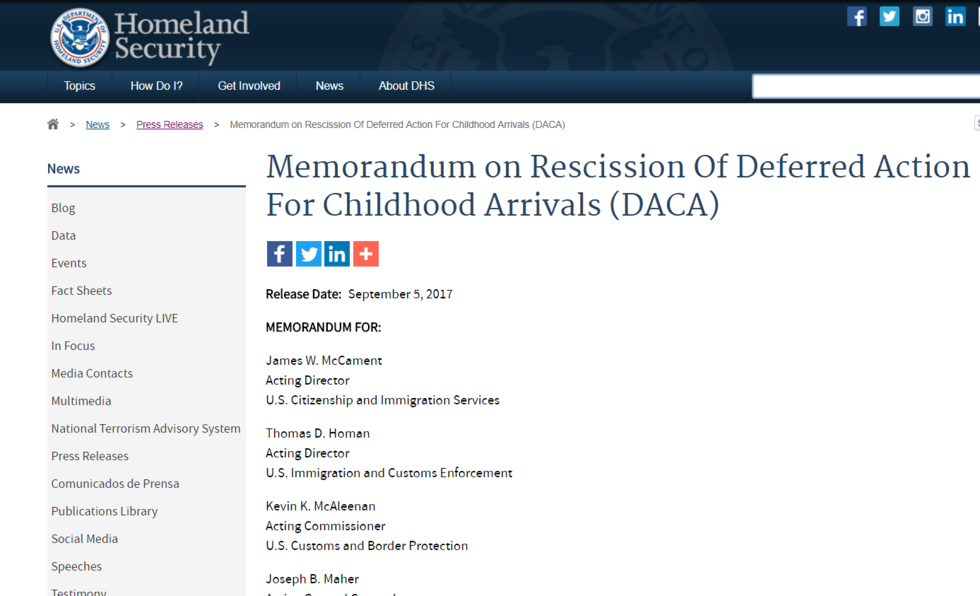 Where a DACA recipient has an approved application for advance parole, that individual may still travel outside of the United States with advanced parole. The new policies released by the Trump Administration should not interrupt that travel, and Customs and Border Patrol have been advised to allow DACA recipients with approved advance parole on or before September 5, 2017 to reenter the United States.

DACA recipients who wish to apply for advance parole will not be able to do so, and should not try to apply because those applications will not be accepted.

Although many DACA holders may be extremely worried without a replacement for DACA, there are soem things you can do.  We will be posting articles explaining your options.  One article discusses options for those who obtained DACA before turning 18.  More to come.

If you have any questions or concerns about the cancellation of DACA and Advance Parole please contact our office at 801-374-5336.