Explore our blogs to find out about immigration law, criminal law, and family law!

Get notified when we post a new blog by subscribing!

The Record of Conviction and immigration law

Biometrics - What About It?

Biometrics is a necessary step in many immigration processes. Be prepared for your appointment and take care of this on time!

ICE Holds can be scary when your loved one gets one. Involve an attorney soon to get the best results!

Whether it's your first time meeting with an attorney, or not knowing what to expect at a consultation is important. Know how to prepare and what to expect by reviewing this article.

With the release of new public charge rules, many have questions about how collecting unemployment will affect their immigration process. This article discusses COVID-19 and unemployment issues related to the public charge issue.

ICE Detention Centers For several years, ICE had an arrangement with the Utah County Jail to house their detainees.  However that contract was not renewed.  When ICE arrests someone in Utah, they usually move them to Cache County Jail in Logan for a short time.  then they move individuals to ano...

Do you have a Naturalization Interview coming up? Here's how to prepare!

First off, read the appointment notice and “Naturalization Interview Document Checklist”.  The appointment notice comes on a form I-797C Notice of Action, a form similar to others you may have received.  It will be titled “REQUEST FOR APPLICANT TO APPEAR FOR NATURALIZATION INITIAL INTERVIEW”.  ...

Q&A on H2B’s for Employers

What is an H-2B? A temporary work visa good for up to 10 months and renewable for three years.

Many of our detained clients are picked up by ICE. Because ICE does not have a long-term facility to house detained immigrants, they transfer them to facilities out of state. We have most of our clients moved to facilities in Las Vegas including the Henderson Detention Center and to Denver Colora...

In order to continue giving clients the best service possible, attorneys must stay up to date on the latest cutting-edge knowledge available. Founding attorney, Chris Keen, is not left behind. He is a member of the American Immigration Lawyer's Association, also known as AILA, almost every year a...

USCIS – Another tool for ICE and the Trump Administration to find people to deport!

In a shocking turn of events, USCIS released a policy memorandum dated June 28, 2018 (PM-602-0050.1), “Updated Guidance for the Referral of Cases and Issuance of Notices to Appear (NTAs) in Cases Involving Inadmissible and Deportable Aliens” on 7/6/2018 that indicates those who apply for a benefi...

A properly amended conviction can make you eligible for a greencard!

In Utah, there is a favorite conviction that many attorneys suggest to their clients as an alternative to other charges.  Disorderly Conduct, Utah Code Annotated 76-9-102, can be a class C Misdemeanor or an infraction.  This conviction in no way triggers inadmissibility under the Immigration and ...

Entry to the U.S. and Getting a Greencard: Adjustment of Status

In order to get a green card from within the United States, one can have a close relative petition for them, and then must file to "adjust" their status.  The law requires that in order to adjust status, there must be a type of legal entry into the U.S.  This means that someone who did not go thr... 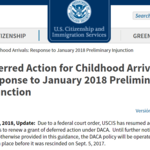 DACA is BACK!  Here’s what you need to know.

DACA is back, at least for the time being. If you qualify, you need to act immediately to benefit. 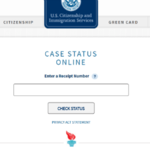 How can I check my USCIS case status?

If you want to find out your case status at USCIS or need to know processing times, this information will be useful.

After you plead guilty and are sentenced by a judge in justice court or district court in the Fourth District, there will usually be several requirements you need to comply with or risk getting put in jail.  I have below outlines some of the most common.   Jail Time If the judge suspended any j... 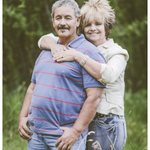 The I-130 Petition for Alien Relative - Consular Processing Part 2

Most US Citizens have a misunderstanding of what it takes to become a Citizen.  In fact, many people who arent familiar with the process think that if a US Citizen marries somebody who is from another country, that the new spouse automatically becomes a US Citizen.  ABSOLUTELY NOT!  It is not an...

Facing expiration of DACA? There are options

Some DACA holders who received DACA before turning 18 have options to qualify for other types of visas. When facing the end of DACA, all options should be explored.

There have been a lot of rumors surrounding the possible cancellation of Deferred Action for Childhood Arrivals, known as “DACA”, since Donald Trump became President in January of this year. Today in a brief news conference, the Attorney General Jeff Sessions announced that DACA would indeed be c...

People who need to renew their Utah Driving Privilege Cards may want to think twice given the many arrests by people who have recently renewed their cards.  The Utah Driver Privilege Card was created to bring immigrants out of the shadows, to improve safety on the streets.  Allowing those who may...

Preparing for the Greencard Marriage-based Interview

Marriage based adjustment of status interviews So youve submitted your paperwork, done the biometrics, paid the fees, and finally youve received the notice that your interview with USCIS is scheduled.  What now?   First off, read the appointment notice / instruction letter.  This letter com...

How can I get a work Permit?

There are a variety of visas for different purposes. In the context of this article, there are not many, if any options for an employer who has an undocumented employee working for him or her to sponsor them to become legal. However, sometimes a particular employee may have a situation that meets an exception.

If I get divorced, will I lose my greencard?

The answer is no, not if the marriage was entered into in good faith.  A US Citizen marries a foreign national.  We know that marriage alone does not give any legal immigration status to her spouse.  She then files a petition for him and he ultimately becomes a Lawful Conditional Resident as oppo...

What do I do if I or my relative has an ICE hold in jail?

If you are living in the United States and are not a citizen, criminal convictions can have devastating immigration consequences. If you are not very careful during your criminal defense, you could find yourself behind bars, subject to a federal immigration hold, or worse yet, subject to mandator... 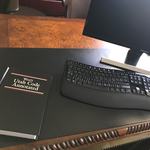 The answer is YES.   If youre not a US Citizen, you can probably be deported based on your conduct.  Those who have a “greencard” in the United States, or more accurately called “Lawful Permanent Residents” or “LPRs” can be deported for several different reasons.  Some of the ways are:   ...